Running hot and humid in Cebu

I’m writing this on my way back to Boulder, Colorado, after having a great time at the Cobra IM 70.3 Philippines in Cebu on Sunday. For me, Cebu was a bit of a test to see how my Kona preparation is going and I’ve come away from it pretty encouraged.

Before I give you a rundown of the race, I just want to say that the organisers in the Philippines put together an awesome event. The atmosphere – and I’m not talking about the heat and humidity – was mental! There were literally thousands and thousands of people lining the course and cheering like crazy. As we were riding through the streets it reminded me of the Tour de France. I have never seen so many spectators at a race – it was fantastic and definitely gave all the competitors an extra boost in their performance. So thanks to Cobra for sponsoring the event and thanks to the IM Philippines team. Good job!

Battle of the Tims
For me, the race was basically a two-man battle. Pretty much the whole way through I was fighting it out head-to-head with Tim Reed and it came right down to the wire at the end.

The swim leg was a point-to-point starting on the beachfront at the Shangri-La Mactan Resort. Nice venue! And I’ve got to say, it’s always so nice to be in warm water doing a non-wetsuit swim.

Clayton Fettell and Sam Betten both flew through the swim and came out of the water just on a minute ahead of the second group which consisted of all the race favourites – McKenzie, Alexander, Jacobs, Reed, Robins and McMahon. I felt pretty comfortable in the swim and Reedy and I came out of the water together, along with Mitchy (Mitch Robins) and New Zealander, Matt Franklin. A quick transition and then it was onto the bike.

Thinning the herd
I felt strong on the bike and could definitely tell I’d got my power back. The challenge on the bike leg, as always, is to try and whittle down the numbers in the front group. I had a few little digs, Reedy was riding strong and Luke McKenzie had a couple of goes too. Most of the guys dropped off, including Crowie, which was great. He’s always someone you need to watch.

We had a bit of a headwind as we headed out on the course and it got quite warm out there on the bike. Once you get up and over the Marcelo Fernan bridge Cebu is a flat, fast course. Quite scenic too and as I said, the crowds were fantastic. I have to say, I rode ten times better than I did recently in Cairns and felt very comfortable. It was way hotter in Cebu than it was in Cairns too – I don’t mind the heat. In fact, I think racing in Asia really suits me. In terms of Kona preparation the conditions were pretty similar, so that gives me confidence for when I head over to Hawaii.

I came in first on the bike and had the fastest split, so that set me up well for the run.

I put a little surge on Reedy, but he came with me straight away. Then he put a surge on me and I went with him, but that definitely hurt me a bit. It came down to a sprint at the end and Reedy got away from me. All credit to him – he’s got a serious kick on him! Reedy took the race by 2 seconds and I ended up coming in second. It was a little funny though watching him face-planting on the ramp and going A over T.

Congratulations to Tim Reed – he and I have both been putting in the hard yards and it shows, I think. It was another 4 minutes to Brent McMahon in 3rd place and then another 5 minutes to Mitch Robins in 4th. 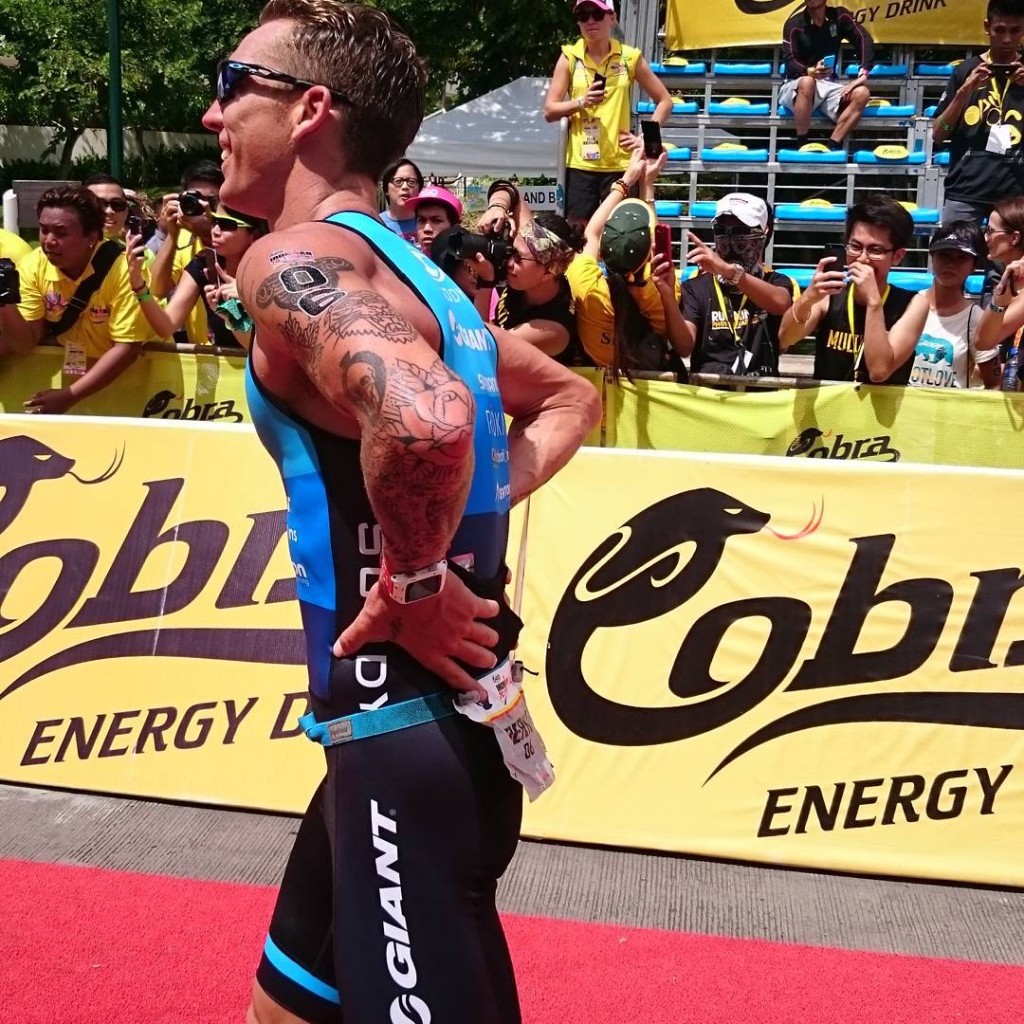 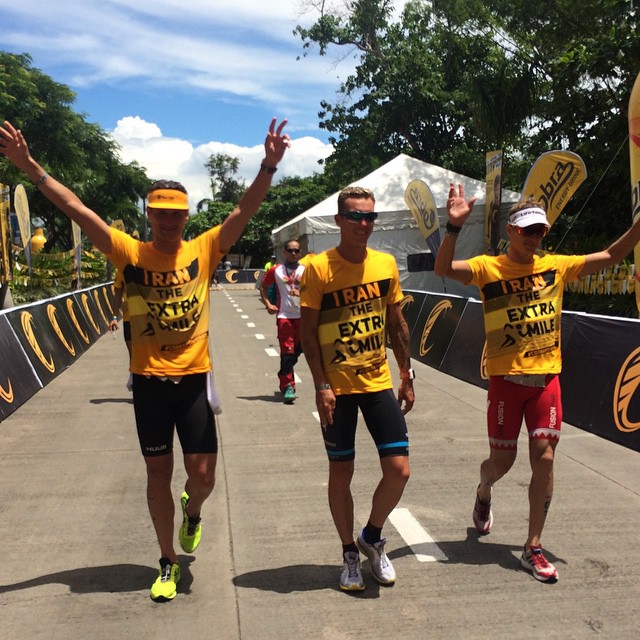 Looking towards Kona
Overall, Cebu was a great race and it ticked all the boxes which I wanted to tick. I went in there physically and mentally prepared and came out of it feeling that my Kona preparations are on-track. This was my last race in the lead up to the World Championships. Once again, the altitude training in Boulder has paid off and I’m heading back there to do another block. The immediate plan is to have a few easy days and then it’s all guns blazing for Kona in October.
Bring it on!