IM Melbourne – Great Result…But A Tough Day At The Office

Yesterday was an epic day in Melbourne. It’s funny in this triathlon game. Some days you go out to race and as hard and painful as it is, you feel good. Mentally, you’re in the zone and the race just flows. Sometimes though, it’s just a tough day at the office. And that’s certainly how things went down for me at IM Melbourne.

Here’s how the race for the Asia-Pacific Championship unfolded…

It was a nippy start down at the Frankston pier- about 12 degrees, but felt a little colder with the wind. Thank goodness the water temp in Port Phillip Bay is still up a bit.

Congrats to Marko Albert, who broke the course swim record by 4 seconds with a split of 45:18.

My back was very tight getting on the bike- I found it hard to stay on the saddle and I was 2:35 off the pace. I knew I had some serious work to do.

Nils (Nils Frommhold) and Luke Bell were out in front and the second group included Sticksy (Brad Kahlefeldt) and Marko. I was in the third chase group with Robbo and Cal (Peter Robertson and Callum Millward). The guys out front set a blistering pace. Conditions were great out on the Eastlink Motorway – Melbourne certainly delivered on the promise of a fast bike leg. When we hit the turnaround point and headed into Lap 2, Nils and Luke still had about 4 minutes on us.

I felt like we were losing time and by the 135km mark Nils and Luke Bell had a 9-minute lead – they were certainly cranking it out. When it got to 40km to go, my back was feeling alright, so I thought I’d just give it some stick and see how I felt. I was surprised when no one went with me.

I was really hurting and it’s times like this that you realise 80% of triathlon is about the mental game. You don’t know how the guys in front are travelling, you just know that you need to keep going and persevere. And that can be tougher on a point-to-point course, like the one in Melbourne, because there are no turnarounds so often you can’t see who you’re chasing.

After 15km Nils still had 9:30 but at the 17km mark I ran into 2nd place. After really pushing it, Luke Bell had imploded and was walking. I went past him with Sticksy on my tail and he had Jeffrey Symonds on his.

By 21km Nils was 6:30 ahead and I was starting to reel him in. Jeff and Sticksy were hanging in there behind me. At 25km, I just put the pedal down and by the 30km things started to get really interesting. The race was really on!

If you read my last post, you’ll know that I had a Plan B- if things got ugly at this stage of the race. I was going to drop in to Luke Bell’s place for a cold one (his street is right at the 30km marker). Let me tell you – that was a pretty attractive option, but it didn’t happen!

I was in 2nd place but I wasn’t exactly sure how far ahead Nils was. Then someone said he was just around the corner and sure enough, all of a sudden, there he was. I could see he was slowing and couldn’t hold the pace. By this stage, Sticksy had dropped off and now it was down to Jeff Symonds and I.

I took the lead with 13km to go and then Jeff and I had a real ding-dong battle. All credit to him – he was running my legs off and I was in a world of pain. I ended up running a 2:49:20, but it wasn’t enough. Towards the end Jeff turned the screws and it was all over for me.

Obviously, I’m more than happy with a 2nd against a tough field and it’s a great step on the road to Kona. Congratulations to Jeff Symonds on a top effort and a great result. 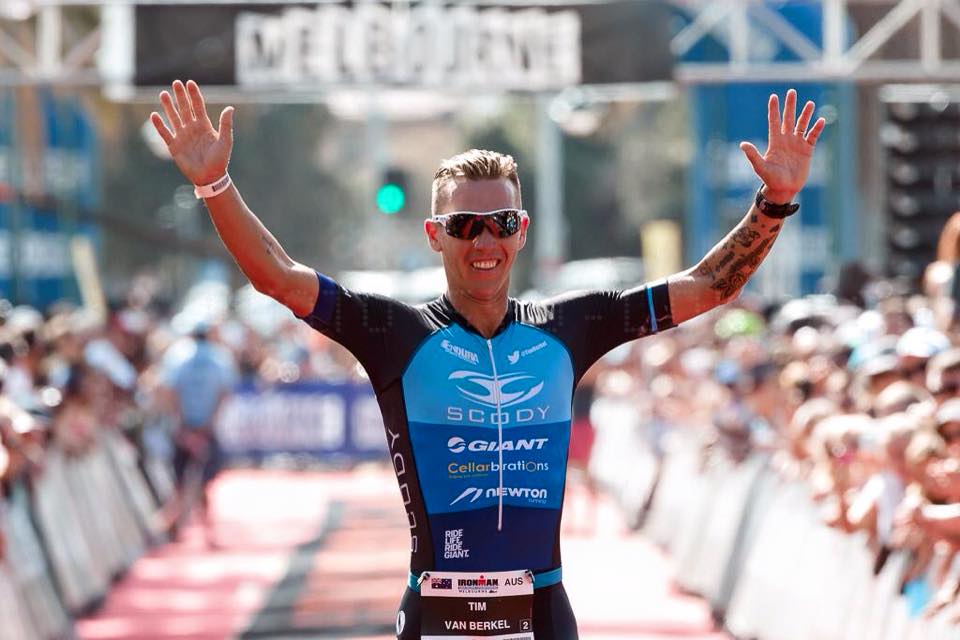 Like I said, for me – it was a tough day at the office. But that’s triathlon – I’m glad I stuck it out. Ultimately, persistence builds mental strength – strength that you need to achieve any worthwhile goal. And the good thing is, I’m validated for Kona and I earned some extra points along the way.

If you haven’t already done so, sign up now for some great little insights delivered free into your inbox.
Thanks

As tough as it can be, slogging it out on the course, results like this don’t happen without support. So-

And finally, special congratulations to everyone who made it through their first Ironman – you’re bloody champions, well done!