My debut in Kona

Holly crap, I made it to Kona.

The journey to get here has been long and hard but extremely rewarding. It feels like only yesterday that I was watching the Hawaii Ironman on TV as a kid and here I am now having raced this amazing race.

My Build Up
Looking back at how I excited I was watching Luke McKenzie come so close to winning last year, and as an athlete on the sidelines, the mind and body just wanted to race. He put such a spirited effort into placing 2nd. It was a huge day and being a fellow Aussie just spurred me. I knew that I wanted to take part in this very special race one day.

One race that stood out for me was Ironman Cairns where I was running toe-to-toe with Cam Brown. This race hurt like hell. It was one I’d put away should I need to draw upon it later in the year. I sort of wish that yesterday’s conditions were similar – a little cooler and but would have been happy to miss all the rain.

Race week here is far more intense than I’ve ever experienced before – I can only imagine what it’s like to be the reigning champion and having a lot of other work to contend with. During my downtime I spent with some of sponsors, which was great for the fact that I could take my mind off the race for a little. Not that I didn’t want to think about it, but thinking about it in those moments wouldn’t prove much to me. 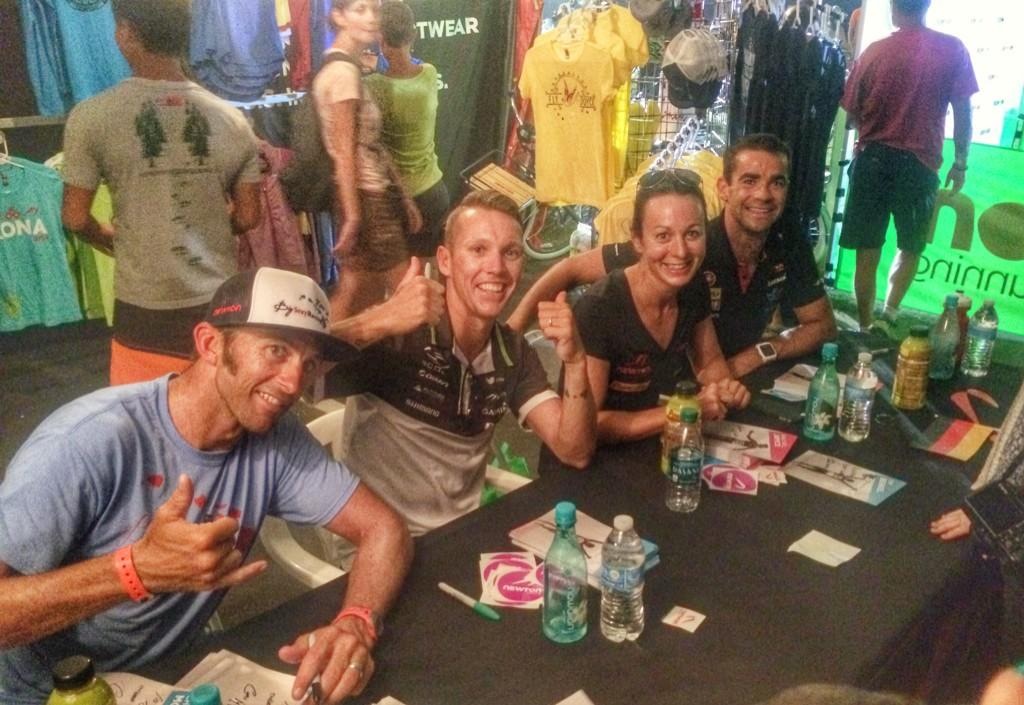 Getting to chat with people either in the sponsor’s areas or just being randomly stopped in the street somewhere I find such an enjoyable part. These folks are the roots of this sport and I’m lucky enough to be a paid athlete which is able to give something small back. It’s not everyday that someone calls your name and asks for an autograph or a photo – it’s certainly a lot better than having someone hurling abuse out of their car while I’m doing a training ride.

The race
The conditions here were always going to play a factor. It’s hot, humid, with a sprinkling of salty air – definitely not something I’m used to. But my coach, Grant, and I made sure to train in warmer conditions, even if that meant that I wear multiple layers of clothing.

Apart from being nervous as hell, the swim was really going to be a survival of the fittest, or be it survival in the largest human-made washing machine. The first 500-600 meters was just that – arms and legs going everywhere. Fortunately I didn’t become a casualty and fall off the pace. Nothing like a good elbow into the side of the head to slow you down. This is all part of the fun I suppose.

Once the waters calmed down I found my swimming rhythm and then I was freely moving and hitting cleaner waters. By now there was still a large pack of around 27 guys. From here the swim was fairly similar to most of my others, just stay with the main bunch and ensure I didn’t get dropped. I was happy to get out of the water with a time of 51.21.

Staying very focused I entered T1 and assessed the field. It’s a little hard to tell who anyone is when they are submerged in water. A quick 2-minute change in T1 and I was now heading out onto the bike course. This is where the first battle begins.

The first half of the bike I was fairly conservative until I was at Hawi. I knew that this was where the splits would take place and people would get dropped fairly quickly. Don’t be fooled by the pictures you see as there is enough climbing involved in this race. From my data I climbed over 1300 meters and about 1/10th of that just heading into Hawi alone. To give you some perspective, the hill leading into Hawi is 9km long and I averaged 27km/h and just under 300 watts. Splits started to happen around me and I knew that I needed to stay with this group or I’d be left out to bake in the 28 degrees Hawaii sun.

I had to put in 3 really solids efforts about now. The first group I passed was Crowie and Docherty. Further up the road in my second effort I passed a large group that had Tim Reed, Barney and Tim O’Donnell. On the decent from Hawi I averaged 60km/h with a top speed of 74km/h. During the decent I passed Andy Potts, Tim Reed and Andreas Raelert and had a clear look ahead.

Following the fast decent I was now heading back. Wow those winds were starting to pick up – or so I thought. Did I mention this before – it’s humid! For the back half of the ride I averaged 40km/h with an average of 229 watts. I could feel the temperature rising – it was now hovering around 33 degrees. Seeing the heat shimmer with small little riding figures in front of me wasn’t desirable as this posed a big risk for me – do I put the power down and bridge the gap or do I stay alone for a bit and ride my own race.

I was caught by the group behind me, which was made up of Jan Ferdeno, TO, Potts and Reed. We worked hard to ensure the gap ahead of us wasn’t opened up further. Closing out the ride Tim Reed popped out the back and then Raelert rounded out the group going through into T2.

Exiting out of T2 and getting into my running legs only to see TO, Potts and Raelert fly past me. That little voice in my head said, “wait, don’t follow them, this is a long day.” Mentally I was doing fine and I eased in into the pace to ensure that I had enough for the marathon.

At the top of Palani Drive Frodeno and I were playing a bit of mind games and by the 16km mark I was wining that battle, but only just. To be fair though, we did have a good chat along the run. It was a little surreal though. This bloke is a machine on the run.

I kept chipping away – that’s the only way to do it at these longer distant races. Entering the energy lab I was now in 4th place and 3rd was beginning to get closer. Closer by every step, one step closer to a podium finish. At the turnaround point the gap had again shortened to 75 seconds. The energy lab hadn’t beaten me, or had it.

Coming out of the energy lab and Frodeno passed me and I was now back in 5th position and things were getting a little tougher. Cramping was becoming a common thing now. Mentally, I was still OK, but physically the body was beginning to slow a little and tire. They were all coming for me now. The line to climb over me wasn’t getting smaller and the gaps were dropping like bombs. Now in 5th place I was passed by Van Lierde. The podium was now a distant memory. It was now a fight for survival and to finish in a respectful place. 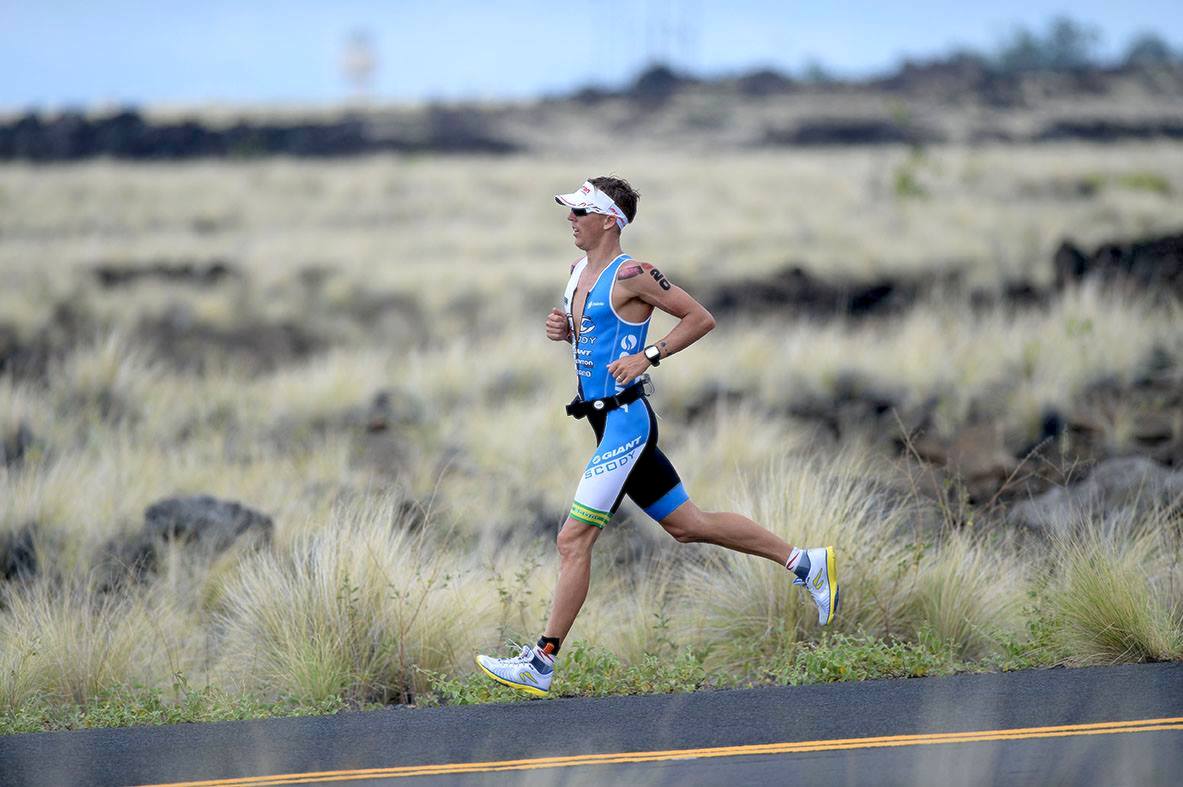 The last 6km were sheer pain. Potts passed me and I was now back in 7th place. All I could think of was stay tough and not allow anyone else to pass, no matter what. I closed out the run with a 2:50:53 and an overall finishing time of 8:23:26. 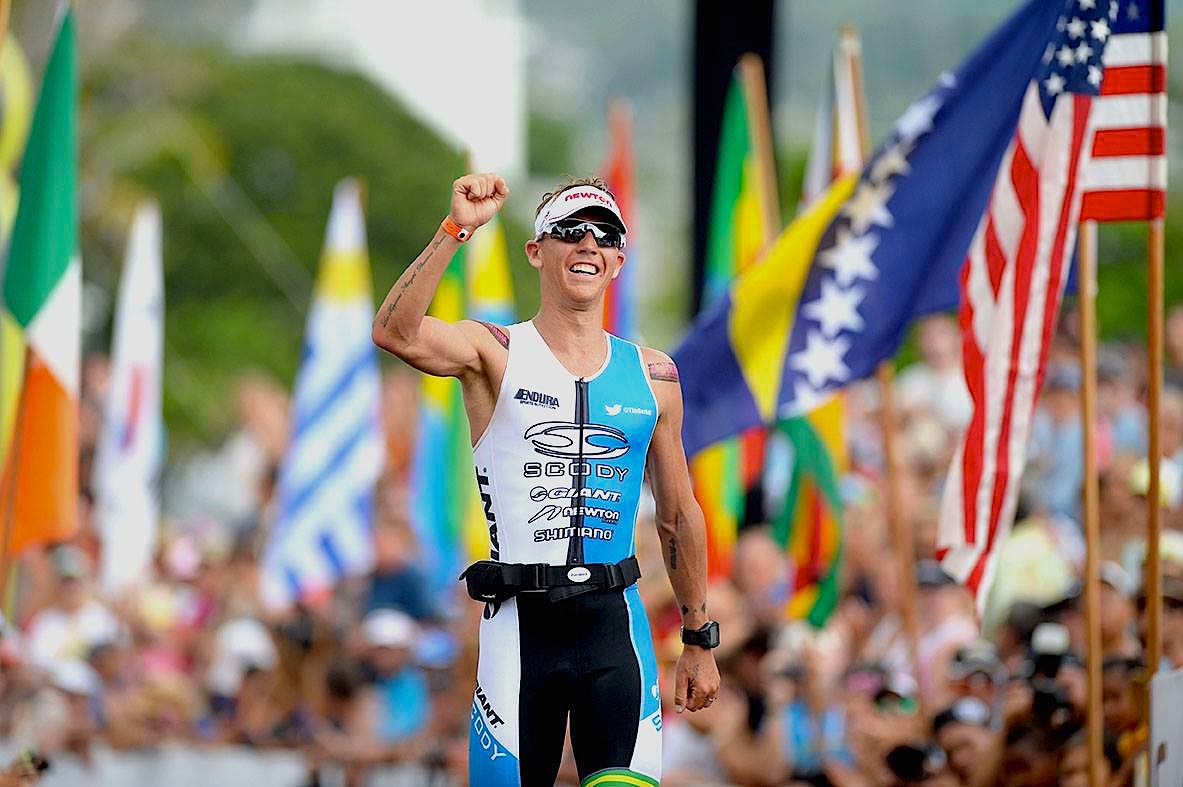 The elation has settled down now as the body has started to recover. I’m now off for a few days of R&R with Belinda before I head back to Australia. As the big guy himself once said, “I’ll be back.” One thing for sure is, I will be back. 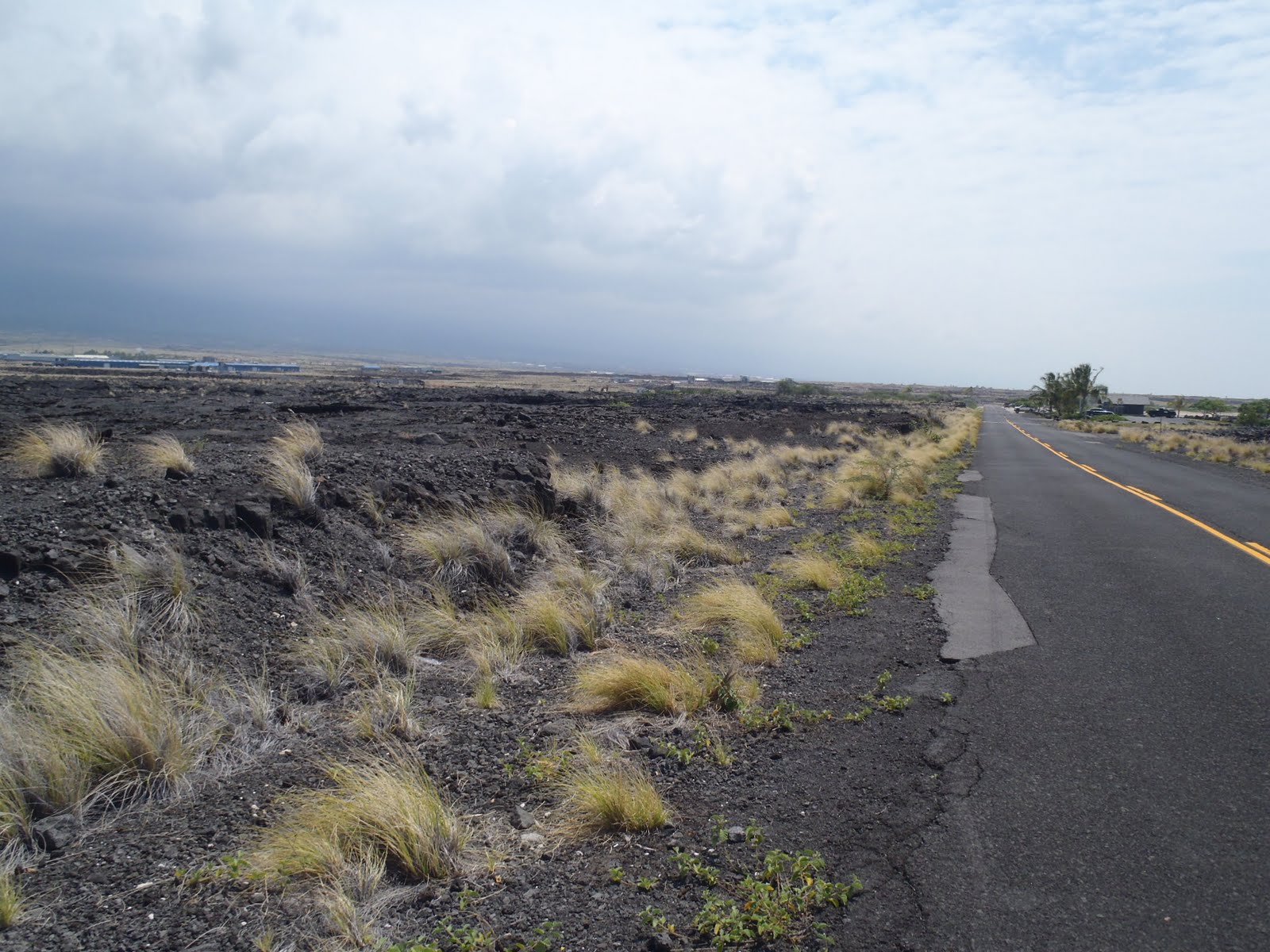 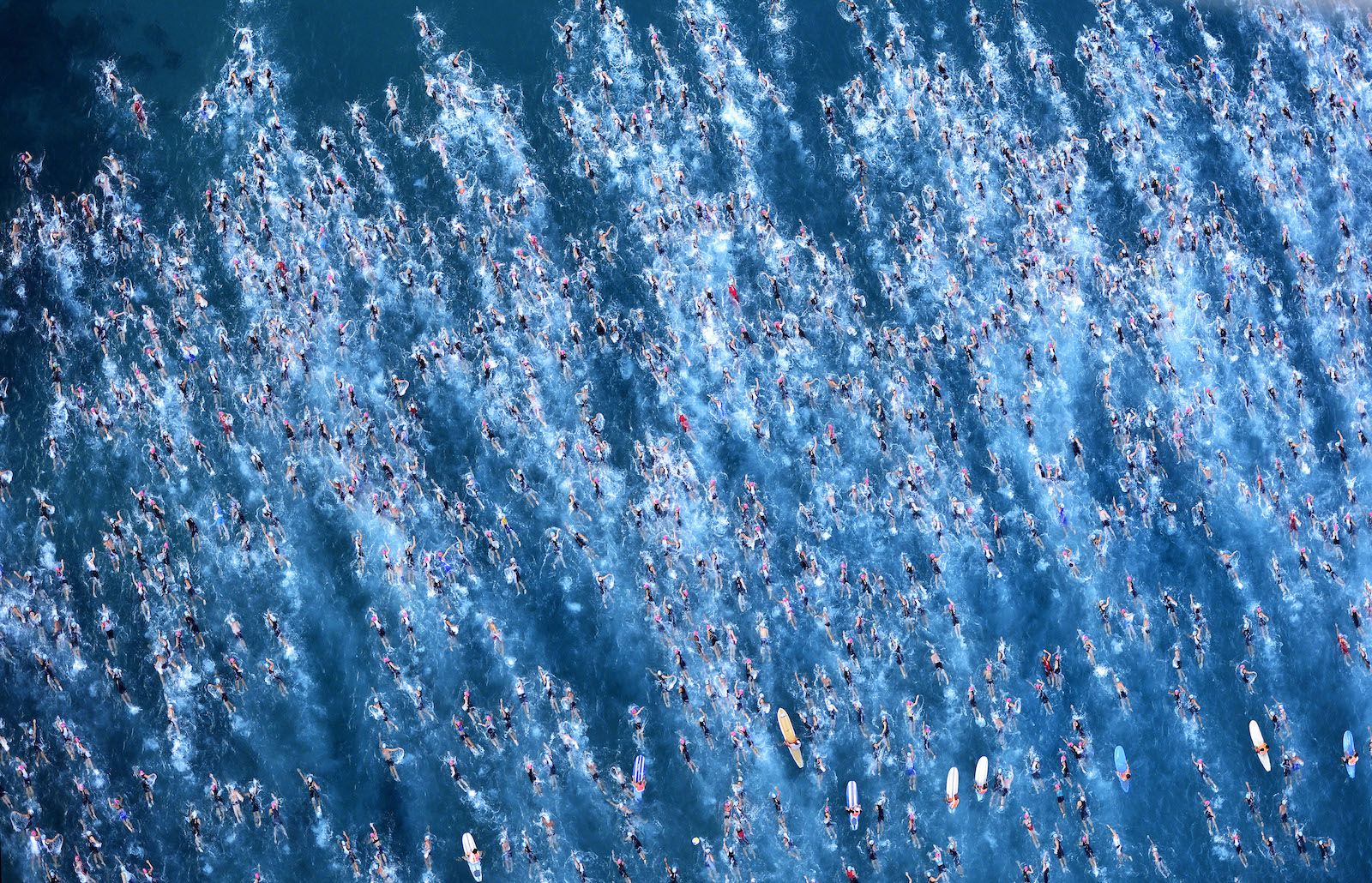 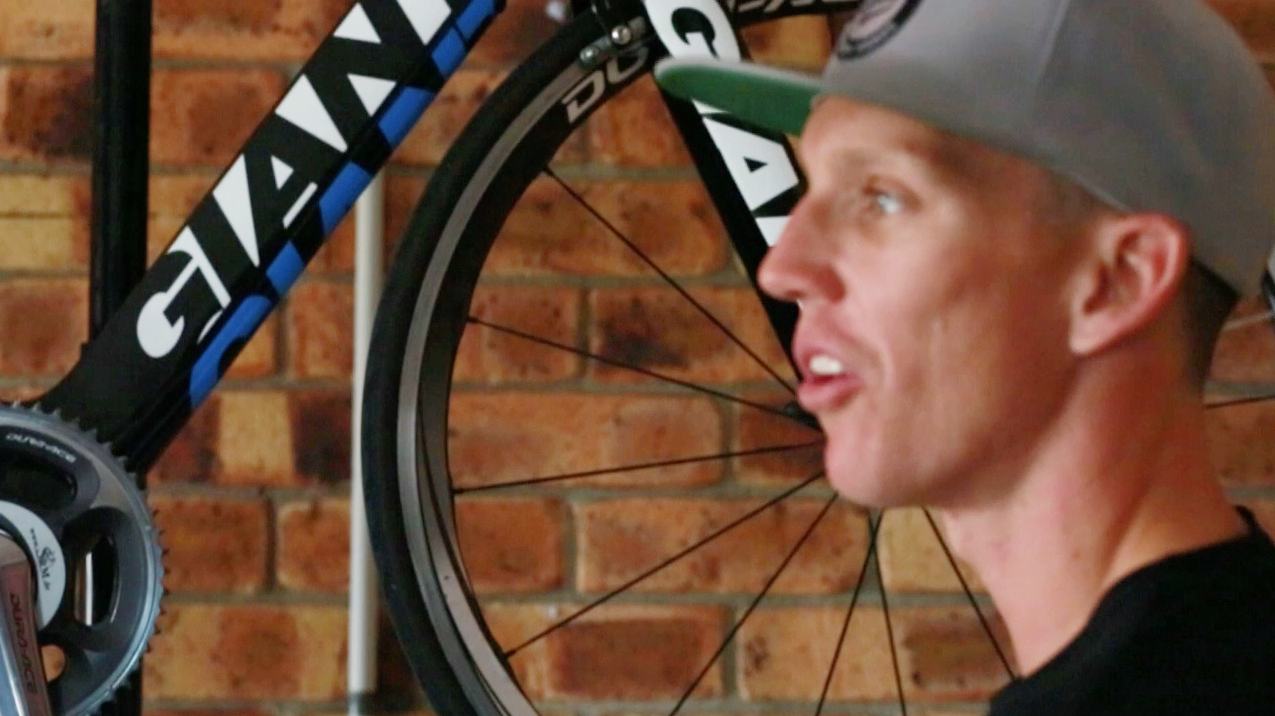